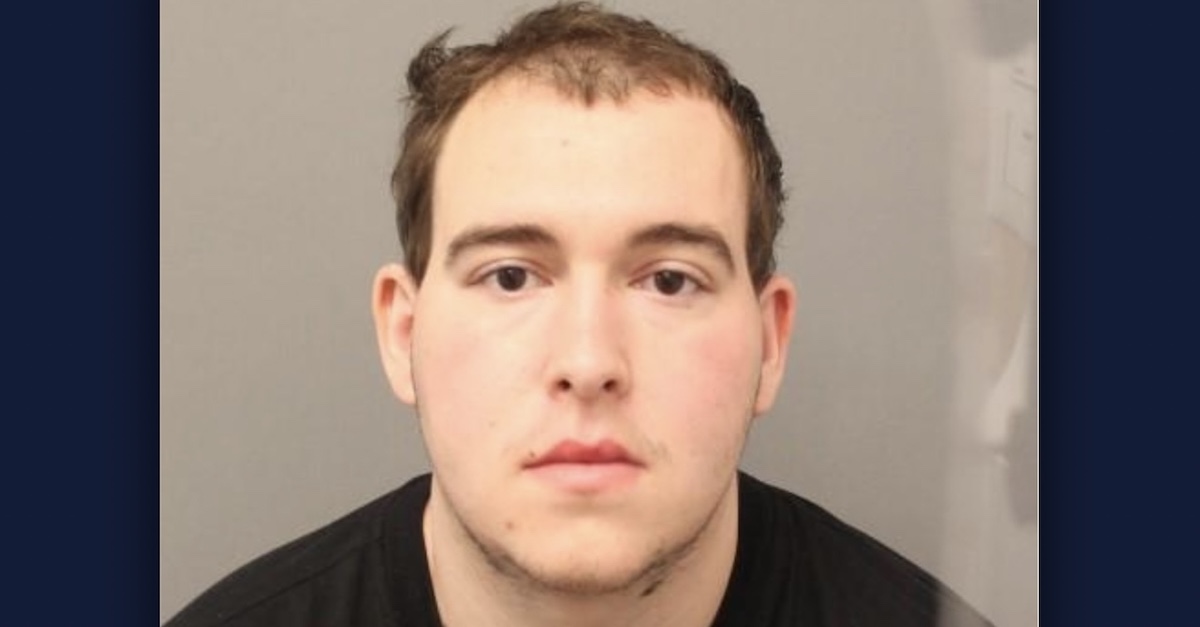 A 28-year-old registered sex offender in Rhode Island has been indicted for allegedly enticing a 12-year-old girl to engage in sexual activity and then hatching a murder-for-hire plot to prevent her from testifying, officials announced.

A federal grand jury on Wednesday returned a three-count indictment charging Chandler John Cardente with one count each of enticement of a minor, committing a felony offense involving a minor while being a registered sex offender, and use of interstate commerce facilities in the commission of murder-for-hire.

According to a press release from the Department of Justice, Cardente is accused of repeatedly communicating with the minor female victim via social media beginning on Dec. 3, 2021. Cardente, who prosecutors say was falsely posing as a 17-year-old, on Dec. 10 allegedly picked the victim up from her school in Burrillville and engaged in some kind of sexual contact with her.

The minor victim was discovered on the side of the Jefferson Boulevard in Warwick approximately four hours after being picked up by Cardente. Law enforcement authorities subsequently arrested Cardente, detaining him at one of the Department of Corrections Adult Correctional Institutions (ACI).

Cardente in February — while still in detention at the ACI — allegedly attempted to launch a murder-for-hire scheme aimed at eliminating the minor victim as a witness.

“Cardente communicated by telephone with another person. During these communications, Cardente expressed his intent that the victim be murdered, and offered $200 in cash and equipment worth $1,500,” prosecutors wrote in a press release. “It is alleged in the indictment that Cardente told the other person that the victim needed ‘to end up dead’ because she was ‘a witness.””

According to a report from Providence CBS affiliate WPRI-TV, the person Cardente spoke with while in detention was actually an undercover detective with the Rhode Island State Police.

“I got a 12-year-old witness, and she needs to end up dead – you’re OK with that?” he reportedly said to the undercover detective.

Cardente has a history of sexual offense-related violations dating back nearly a decade. According to the Rhode Island Sexual Offense Registry, which is maintained by the state police, Cardente was convicted in July 2014 on one count of first-degree child molestation and one count of third-degree sexual assault. He was subsequently convicted of sex offender registration violations in February and June of 2019, as well as in September and November of 2020.

Read the indictment below:

Have a tip we should know? [email protected]