Juan Arreola-Murillo appears in a mugshot obtained by KTVX.

A 41-year-old man has been arrested in Mexico and returned to the United States to face multiple murder, robbery, and burglary charges in Utah, according to jail records and and court records obtained by Law&Crime.

Juan Antonio Arreola-Murillo was booked into the Salt Lake County Jail on Jan. 7, 2022, records there indicate. According to court documents, Arreola-Murillo is accused of murdering Sonia Mejia, 29, in Taylorsville, Utah, on Feb. 9, 2006. Mejia was six months pregnant when her husband found her body inside the bedroom of the couple’s apartment. Therefore, the defendant is also charged with killing Mejia’s unborn child.

According to an autopsy and a declaration of probable cause, Mejia was strangled to strangled to death by a ligature that was still around her neck when her husband (and, subsequently, the police) found her body. The autopsy ruled that the fetus died by “maternal demise.”

Mejia’s husband reported to the police that the victim’s keys, vehicle, heart-shaped ring, diamond ring, and religious pendant were all missing. At the home, officers found “Cheetos spilled over the entry way, both inside and outside the front door.” A discarded bag and a Coke bottle were just inside the door. The victim’s husband told them that no one there drank Coke “and that Cheetos are not regularly kept in the apartment.”

The court papers say a neighbor reported seeing “a Hispanic male leaning against the door frame to Ms. Mejia’s apartment” at about 11:30 a.m. the day she died.

The neighbor then provided to police a harrowing description that foretold the violent end that was to come next. Again, from the documents:

Ms. Mejia was standing just inside the door, speaking with the male. Mr. Torres stated that the male grabbed Ms. Mejia by her throat and hit Ms. Mejia on the side of the head. Ms. Mejia fell to the floor inside of the apartment. The male entered the apartment and kicked the door shut.

“Latent prints were obtained from the Cheetos bag and Coke bottle,” the police said. Those prints and that DNA were entered into government databases but did not immediately yield a suspect’s identity. 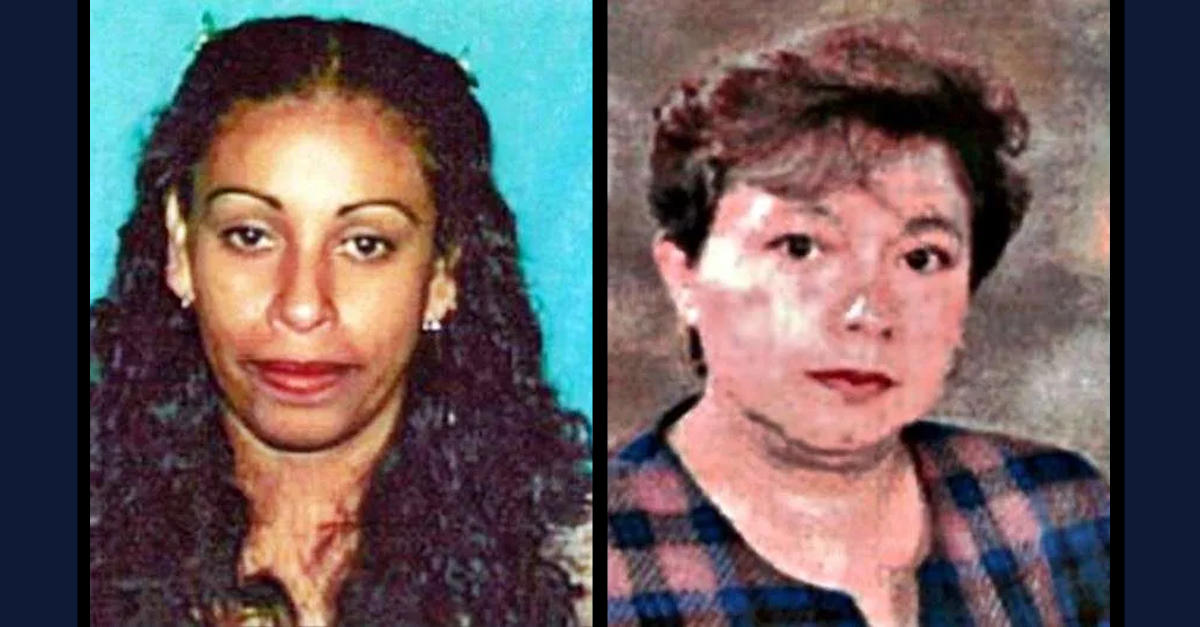 Exactly two years later, on Feb. 9, 2008, the defendant is also alleged to have murdered Damiana Castillo, 57, on South Redwood Road in West Valley City, Utah. From the police reports:

Again, an autopsy ruled cause of death to be “asphyxiation due to strangulation by ligature and the manner of death to be homicide,” the reports note.

In this case, investigators also recovered a fingerprint print on the victim’s wallet and a DNA profile from the ligature around the victim’s neck.

Due to the strength of the DNA and fingerprint evidence in Mejia’s death, prosecutors on Feb. 8, 2010, filed a so-called “John Doe” information and warrant for the arrest of the suspect — assuming he would some day be found.

According to court records, it wasn’t until 2016 that the database provided the identification of Arreola-Murillo as the source of the fingerprints. The probable cause declaration provides these details on the comparisons:

Eight months after the second killing, Arreola-Murillo was deported to Mexico. According to the court papers, he never returned to the United States until his extradition within the last several days.

Given the matching dates of the killings, the local constabulary for years “would have extra officers on patrol in hopes of preventing a third slaying,” the newspaper also reported, citing its own historical coverage of the case.

Salt Lake County District Attorney Sim Gill told the Tribune that a “paper trail” from the defendant’s deportation in Oct. 2008 allowed detectives to “connect the dots” and make an arrest. But the prosecutor declined to explain how the defendant’s prints came to be in the FBI database that resulted in the match to the evidence obtained from the crime scenes.

“Whenever we have individuals who are not identified, and when a crime happens and they’re not apprehended, it not only causes injuries to those who are immediately impacted . . . but it also leaves an injury to our community at large that somebody is unaccounted for,” Gill told the Tribune. “That’s why we don’t give up on cold cases.”

“We want to acknowledge Unified Police Department, West Valley City Police Department, and our prosecutors for their diligent work on this case,” he added in a statement to Law&Crime, “[a]s well as say thank you to our partner agencies who helped bring Mr. Arreola-Murillo back to Utah.”

Have a tip we should know? [email protected]