“Thirty years ago this morning, Susan Taraskiewicz’s body was found in the trunk of her car, which had been left outside an auto repair shop on Route 1A in Revere. Across all the years, after almost a third of a century, the work to hold Susan’s killer or killers accountable goes on. It won’t stop until we find justice for her and her family.

That work continues through street-level investigative tactics, application of forensic capabilities to existing evidence, and continued outreach to those who might have information about the case. To that last point, earlier this year we created a deck of playing cards featuring unsolved homicides. Each card shows a victim’s photo and details about his or her case, as well as a number to call if you have information to share.

Susan‘s card is the Eight of Spades. 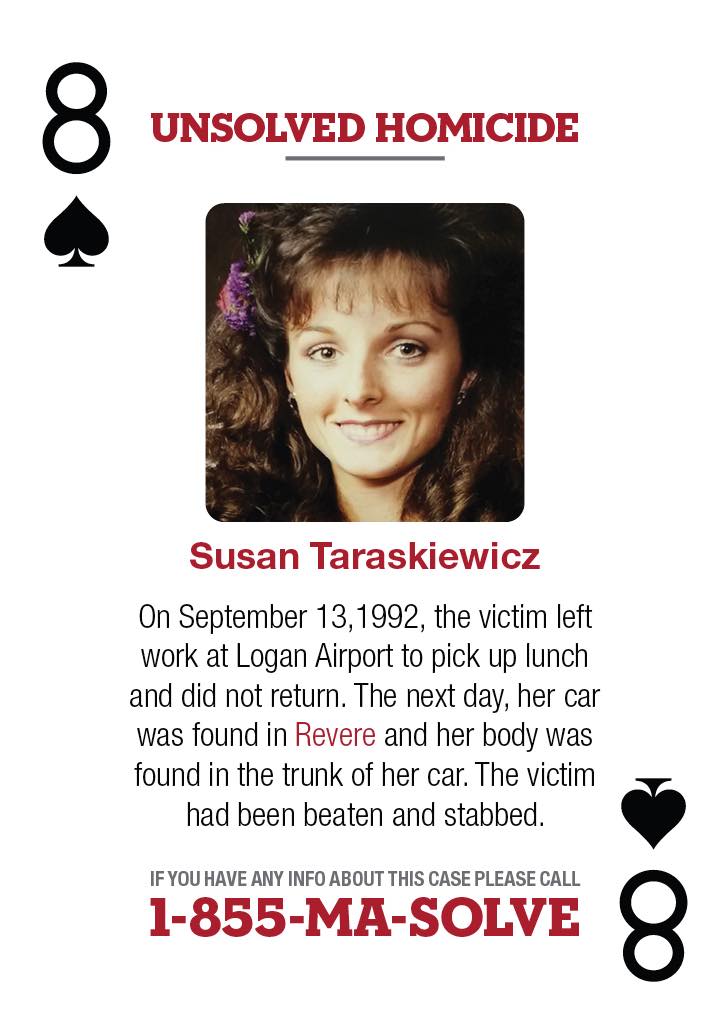 “The detectives and prosecutors who have investigated, and continue to investigate, Susan’s homicide have done outstanding work to advance this case to the point we are at today,” Colonel Christopher Mason, Superintendent of the Massachusetts State Police, said. “We, along with our law enforcement partners, are committed to seeing this investigation through to its only acceptable end, namely, that the person or persons who took Susan’s life are brought to justice and that her survivors at long last know that their daughter and sister has been spoken for.”

After her murder, Susan’s employer, Northwest Airlines, offered a $250,000 reward for information leading to an arrest. In 2008, Northwest was absorbed into Delta Airlines in a merger. Delta has informed Susan’s mother that it stands by that reward offer. The money remains available to anyone who provides information that allows us to bring justice to Susan and her family.

Susan’s body was found early on Sept. 14, 1992, little more than a day after she left her shift as a ramp supervisor at Logan Airport to pick up sandwiches for her co-workers. She never returned to Logan or her home. For the three decades — to the day — since that morning, the Massachusetts State Police, the Revere Police Department, and the Suffolk County District Attorney’s Office have ceaselessly followed the evidence wherever it has led us. 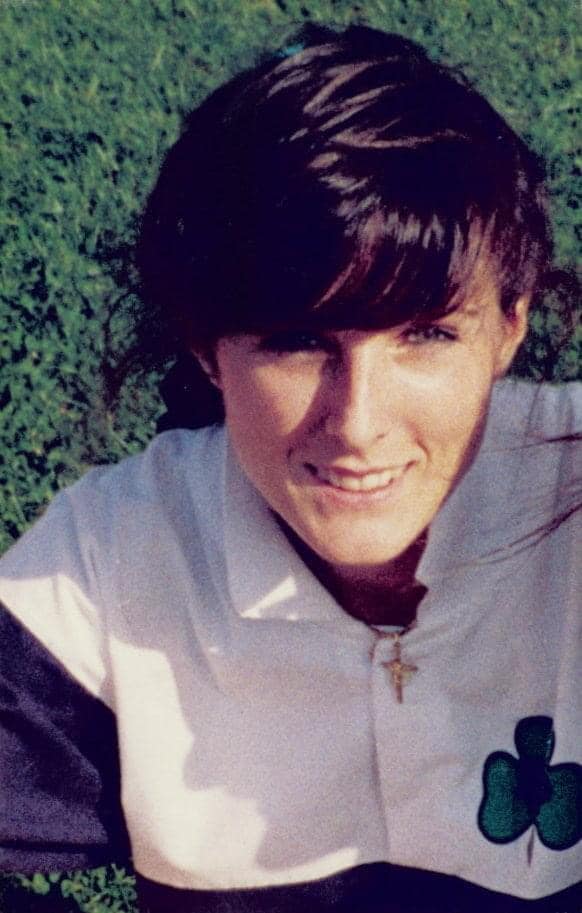 Today, even as that mission continues, we know a good deal about Susan’s murder. But there is more information that we still need to obtain or confirm before we can finally secure justice for Susan.

There are people walking around today, going about their lives, who have that information. Of that we are certain.

And so, again, we make a plea to anyone who can help us cross the last few miles of this marathon investigation. If you have any information about Susan‘s murder or the person or people who may have been involved, please contact us. Whatever reason you had for remaining silent until now doesn’t matter anymore. Time passes, and people change. Maybe you were scared. Maybe you were protecting someone, or maybe you just did not want to get involved in a police investigation. Yet time passes, and people change. So, too, do priorities, and the reasons for keeping quiet maybe don’t seem so important anymore. Not when compared to the chance to do the right thing before it’s too late.

And it’s not too late. It’s a long time past September 14, 1992, but not too late. If you are one those people who have information about Susan’s murder or the person or people involved, please call the State Police Detective Unit for Suffolk County at (617) 727-8817.

What was done to Susan Taraskiewicz three decades ago should not be allowed to stand unanswered. Your call might be the difference.” -Massachusetts State Police.