A woman, whose body was found on a Scottish beach back in 2006, may have connections with Ireland.

That’s according to a Cold Case Unit working on the investigation.

Her remains were found at Port Logan in Stranraer on Wednesday November 22nd in 2006.

Investigators now suspect she may have entered the water near Dublin.

Forensic work has indicated she was aged between 30 and 50, was of thin build and between 4ft 11in and 5ft 4in tall.

📣 | GCU’s Cold Case Unit and @LocateCIO are appealing to the Irish public to help them solve a 16-year mystery.

Investigators suspect a woman found washed ashore in Scotland in 2006 may have entered the water near Dublin.#WeAreGCU | @GCUColdCaseUnit pic.twitter.com/IynHDNnUsT

The woman was missing her teeth, but may have worn dentures.

Speaking in 2021, Inspector Iain Milligan of Police Scotland said: “Missing person reports across the UK have been checked without success to this point.

“I appreciate the help that the Cold Case Unit at Glasgow Caledonian University has provided us with in our investigation over the past several months. 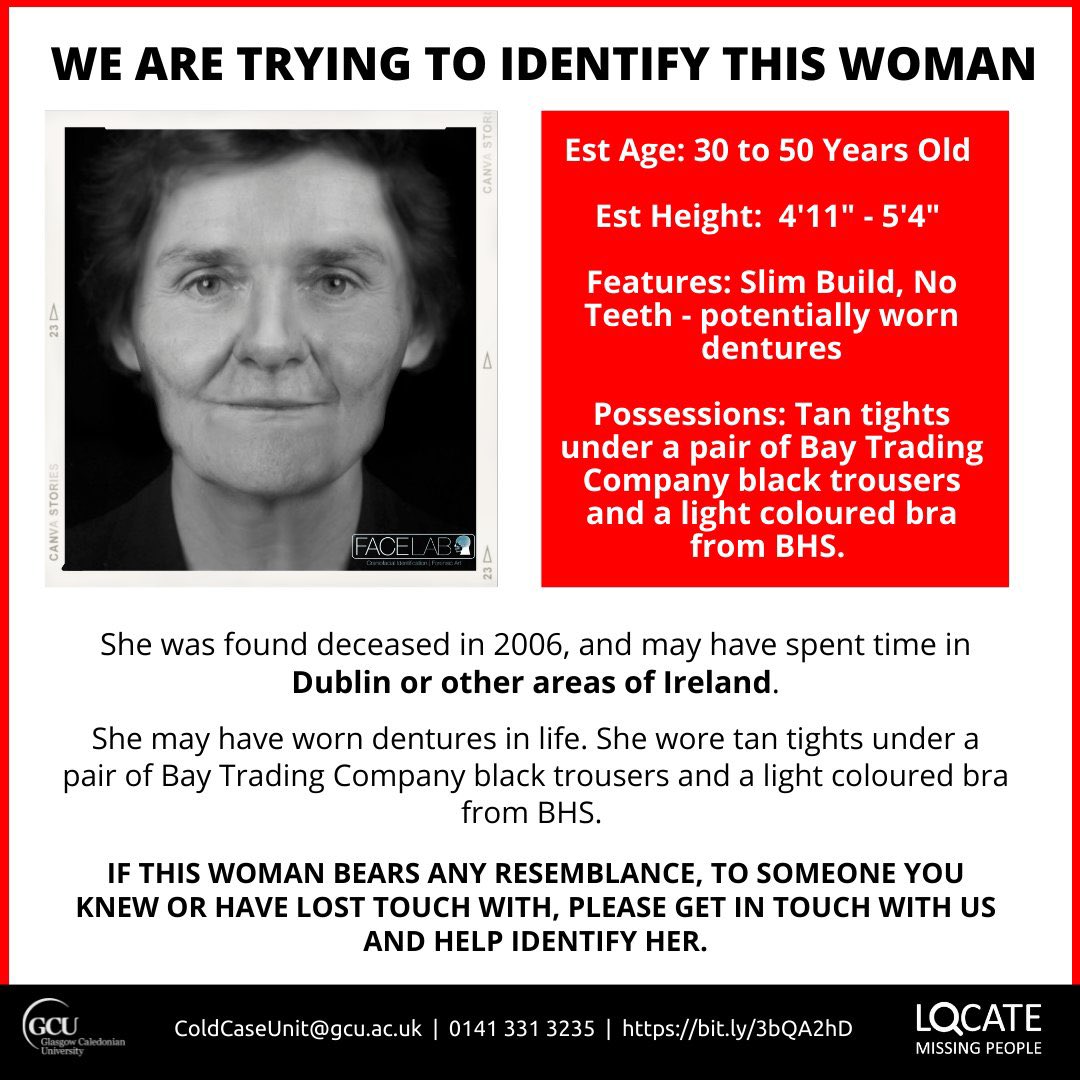 “I hope that people will take a look and see if they recognise this woman.

“We want to be able to reunite her with her family and also find out what happened to her.”

Anyone with information related to the case is asked to contact locate.international or Police Scotland.