Russia’s invasion of Ukraine has forced democratic countries to face the likely prospects of a prolonged period of confrontation in Europe. This is happening even as China, now the West’s most formidable and determined enemy, has become the first mover and ready belligerent in a looming, region-wide, conflict in the Indo-Pacific. Unchecked, the next victim will be Taiwan, which may in turn encourage other dangerous states such as Iran and North Korea to indulge in their own ambitions. Soon, the world may be dealing with the realities of Domino Theory 2.0. A late response to this from the West may result in some countries simply surrendering, or being forced to fight a costly hot war and perhaps conquered.

On the other hand, short of using force, sufficient reinforcement and timely deployment of military and diplomatic resources in a calibrated strategic posturing may yet stem the tide and facilitate a stalemate—from which a rollback can be attempted. That, however, is the scenario of a Cold War 2.0, which may not be far off, whether one likes it or not. The front of this new cold war, which could eventually assume a scale and intensity comparable to or even surpassing that of the 1.0, has reached geopolitical policy circles in the West even before the Russian invasion of Ukraine; and now, is very much in the public consciousness.

The mere thought of a cold war evokes fear, as many people recall living under the constant threat of a nuclear holocaust during Cold War 1.0. There is also worry that a cold war may easily lead to a hot one. A common sentiment is therefore, that a cold war is to be resolutely avoided.

However, a strong case can be made that not backing off but instead forcefully engaging a systemic challenger with a cold war is not necessarily bad, insofar as a cold war can use up the belligerent’s resources that it could otherwise use in a hot war. Imagine buying apples and oranges: if you spend more on apples, then you make do with fewer oranges. One is a substitute for the other. The argument remains valid even if a good part of the cold war spending is on weapons that can be used to fight a hot war, such as, long-range attack missiles, because they can be structured into a cold war framework as deterrents.

Of course, one can imagine that pursuing a pacifist, No War Of Any Kind (NWAK) strategy is the best; but what if your adversaries think that since you want peace at all costs and take seriously the need to beef up your defenses, it would be a good opportunity for them to suddenly bash you with a hot war? That, unfortunately, is exactly the Ukraine story. Europe, led by Germany’s Östpolitik, dreamed of peace with Russia by offering investment and trade.

The 2014 annexation of Crimea may have actually led Merkel to think that Europe had not been kumbaya enough and so could use a Nord Stream 2 pipeline. Biden’s single-minded withdrawal from Afghanistan just to beat an artificial deadline completed the NWAK picture of a weakling West in Putin’s mind. Western leaders, and most ironically the German leaders, seemed to have completely forgotten the WW2 parallel—the infamous 1938 Munich Agreement in which British PM Neville Chamberlain, intent on avoiding further war, led his European allies to agree to the Nazi occupation of the Sudetenland, the German-speaking part of Czechoslovakia. Hitler, of course, promptly annexed the rest of the country and more. Following the NWAK attitude and seeking peace, what Chamberlain did was appease the aggressor.

We live in an imperfect world in which the apparent nobleness of NWAK as a superpower strategy actually leads to more wars, more destruction, and more deaths. This consideration essentially leaves the West with just two other strategies to deal with the coming crisis: fight a cold war, or fight a hot war. But before we conclude that the cold war is the second-best, we ought to make sure that it is not likely to slip into a global hot war, in which case cold and hot wars are not substitutes but a pair of complements, like wine and cheese. The evidence provided by Cold War 1.0 is invaluable.

If two things about Cold War 1.0 stand out, they are: the nuclear brinkmanship between the two main adversaries and  the Vietnam War. Let us look at them separately.

The brinkmanship was aptly dubbed MAD or Mutually Assured Destruction. It referred to the fact that, halfway through that cold war, both the USSR and the USA had deployed enough nuclear warheads on ICBMs to destroy the other side several times over. Looking back, it sounds mighty scary, and the acronym MAD suggests that those responsible for building up such horrendously dangerous stockpiles of radioactive playthings were utterly irresponsible, irrational, demons. But even at that time, game theorists modeling the potential nuclear conflict already pointed out that the global equilibrium with MAD was a super-stable equilibrium and a largely peaceful one.

None of the superpower leaders privileged with the ability to push the button of total human obliteration would argue with their own survival. The portrayal of them in anti-war writings as irrational, mad men was rubbish. One can lament that finding human survival in the narrow cracks of mutually assured destruction reflects a pathetic human condition, but imagine: had the West listened to the “Ban The Bomb!” plea of activist Katie Morosky (Barbara Streisand) in the movie The Way We Were, then an overwhelming majority of the people today would be living under communism. In an indeed unfortunate and convoluted sense, MAD was good.

The Vietnam War was a tragedy. America lost that war and seemingly its honor too. The death counts were benumbing. Allied deaths, mostly American, numbered some 60,000. Up to a total of fifty times that many Vietnamese lost their lives. We cannot blame the many conscientious objectors in America who refused to join the war. There were stories of young Americans who shot off their index fingers to avoid the draft. The war did not stop the North Vietnamese from overrunning the South. Nor did it topple the Khmer Rouge in neighboring Communist Kampuchea, who went on to do their genocide. Now that Vietnam has given up socialism, adapted itself to the market economy, and made peace with America, the war seemed doubly senseless.

But it was not all in vain.

The thrust of the communist movement into the rest of Southeast Asia lost strength, as the war sapped the resources of Vietnam and, to a significant degree, its major supporter, China, so much so that by the late 1970s, both communist countries were on the verge of economic collapse. So, one after another, the communist insurgencies in the Philippines, Indonesia, Burma, Malaysia, Thailand, etc, lost critical resource support, died out, or were snuffed out.

Instead of falling prey to advancing communism, those countries went on to become vibrant market economies and democracies. But unlike the Korean War which clearly saved South Korea and Taiwan, America’s critical contribution in holding the line long enough against communism in Southeast Asia through the Vietnam War has all along been obscured by the horrors of that war and America’s defeat at the end. A fair and balanced assessment of the effects of Cold War 1.0 must therefore incorporate this revisionism: The Cold War did spawn a costly localized hot war in Vietnam but that too had a significant upside for the people in the region.

The West eventually won Cold War 1.0. The MAD-supported equilibrium of peace proved to be generally robust; in spite of a few pretty bad localized hot wars it did not slip into WW3. It was very costly, but it greatly weakened the communist states and led to the demise of the Soviet Union.

Cold War 2.0 features China, an overall much stronger adversary than the former Soviet Union, aggressively challenging an America that is no longer the undisputed leader of the West. For a host of reasons, neither the American government nor its people have shown clear resolve to fight this cold war; but sooner or later they will be forced to—if only to avert hot wars or prevent Chinese global dominance.

The lack of U.S. resolve has been shown most clearly in the recent crisis in the Strait of Taiwan and the worsening strategic U.S. position in the South China Sea. In the face of Chinese expansionism, the most the United States has been doing is to sail an occasional warship or two through disputed waters, carefully giving a wide berth to any land feature already annexed by China. Predictably, those uneventful cruises have not prevented Beijing from progressively altering the status quo in these two highly strategic sea areas associated with the First Island Chain. John Foster Dulles, the unequivocal advocate and effective architect of America’s post-WW2 strategic concept and posture against communist expansions, must be turning in his grave.

Views expressed in this article are the opinions of the author and do not necessarily reflect the views of The Epoch Times. 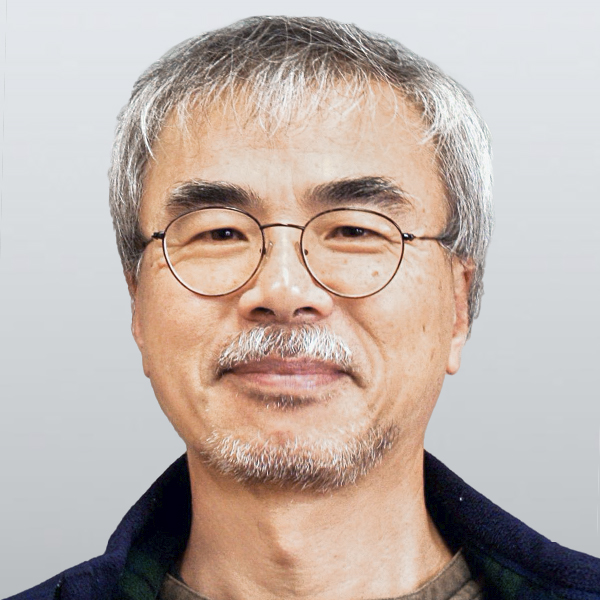 Professor Lian was born and raised in Hong Kong. He obtained his B.A. in mathematics from Carleton College and his PhD in economics from the University of Minnesota. Lian has published extensively in academic and professional publications, and among his many books is a travelogue of his round-Taiwan cycling trip.